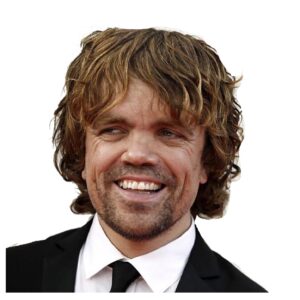 Peter Dinklage (pictured) delivers a fine performance as the title character in this 2021 film musical.

The film’s origin is the 1897 play “Cyrano de Bergerac” written by French poet and dramatist Edmond Rostand (1868-1918) about the romantic hopes of a gifted but insecure man with an obnoxiously large nose. The play was adapted to a stage musical by theater director (and Dinklage’s wife, Erica Schmidt) which itself was the basis of this movie.

Dinklage portrays Cyrano as an unusually short man (with a common nose) who harbors a secret love for his childhood friend Roxanne (Haley Bennett) but finds himself the reluctant aide to pal Christian (Kevin Harrison Jr.) who wants to woo the fair maiden himself.