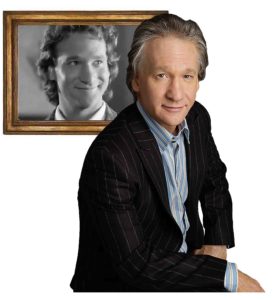 Comedian and political commentator Bill Maher delivers his two cents on current events in a brilliantly funny and insightful way — something he’s excelled at since the 1980’s.

First on “Politically Incorrect” (Comedy Central/ABC, 1993-2002) and, since 2003, on HBO’s “Real Time,” Maher’s combination of unflinching honesty and big laughs have garnered him more than 30 nominations for television’s highest honor, the Emmy Award.