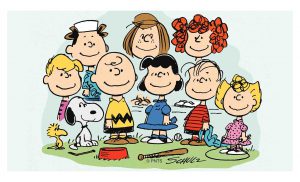 One of America’s favorite television specials, featuring the Peanuts characters, has been adapted into this wonderful stage musical.

Begun in 1950, Peanuts is a newspaper comic strip created by Charles M. Schulz (1922-2000) about a group of children led by the smart but insecure Charlie Brown.”A Charlie Brown Christmas” first aired in 1965. The animated special finds Charlie depressed as the holidays approach. Things aren’t made any better when he’s encouraged to direct a Christmas play — until his good friend Linus offers some valuable advice.

The show features the unforgettable music of jazz pianist and composer Vince Guaraldi (1928-1976), as well as a concert of beloved holiday carols performed by the Peanuts characters.