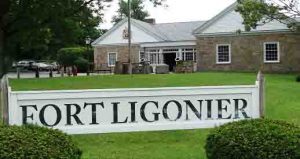 The historic site comes to life with more than 200 reenactors, artillery firings, historical demonstrations, bagpipe music and more to commemorate the October 12, 1758 attack on Fort Ligonier.

Fort Ligonier was built by British forces during what historians call the French & Indian War (1754-1763). The conflict was an extension of the bitter Seven Year’s War (1754-1763) between the Kingdom Of Great Britain and the Kingdom Of France to determine which would be the dominate power in the Western World.

Visitors may choose to watch the historical demonstrations from either the British or French perspective.