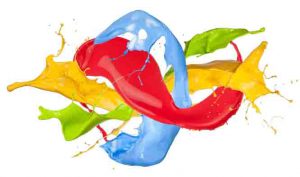 This exhibition pairs two monumental paintings created 400 years apart —-one by Artemisia Gentileschi (1593-1656), an Italian artist and one of the most successful female artists of the 17th century, and the second by Kehinde Wiley (born 1977), an African-American contemporary artist celebrated for his recontextualization of classic paintings.

The subject is a story that appears in many (but not all) versions of the Bible: the beheading of an Assyrian general named Holofernes by a Jewish widow called Judith when he threatened to destroy her hometown.

Artemisia Gentileschi’s version, one of her most well-known paintings, is depicted with shocking intensity. Struggling limbs and the play of light and dark draw the viewer’s attention to the gruesome act. The work is a powerful statement of Artemisia’s skill as an artist as well as a symbol of the adversity she encountered in a male-dominated field.

Throughout his career, the openly gay artist Kehinde Wiley has consistently critiqued the racism of art history, while exploring contemporary street culture and identity. His version of the painted, executive four centuries after Artemisia’s, translates the image of a courageous woman defeating her oppressor into a contemporary, stylized vision that simmers with defiance.