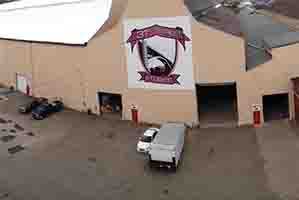 When not used for productions, one of the stages is often rented out to event and party organizers.

STANDARD OPERATING HOURS:
The complex is usually not open to the general public except for select special events.

PARKING:
Free, on-site parking is available as well as several paid lots nearby.