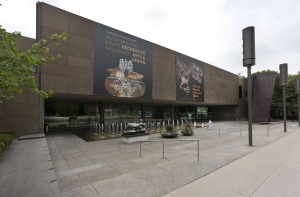 In addition to contemporary art, the CMA is also home to the impressive Hall of Architecture and the Hall of Sculpture which showcase plaster casts of outstanding classical, ancient and medieval works. The Ailsa Mellon Bruce Galleries exhibit more than 500 objects representing American and European decorative arts from the Rococo and Neoclassical periods of the 18th century to contemporary design and craft. The Scaife Galleries focus on American and European art but also displays works from Africa and the Middle East.

The museum stages exhibits, tours and educational program throughout the year.

PARKING:
The museum operates a six-level parking facility for cars and small vans. The lot is located directly behind the museum and may be accessed from the intersection of Forbes Avenue and South Craig Street.