See  SirIan McKellen’s extraordinarily moving portrayal of King Lear in a video recorded during a live 2018 production by the Royal National Theatre.

Written in the early 1600’s by pioneering Englishman William Shakespeare (1564-1616), this powerful play is considered one of the finest tragedies ever created for the stage.

The story centers on the aging King Lear. Wanting to retire, the monarch decides to divide his realm among his daughters after they assure him of his love. The two eldest succeed, leaving the third disinherited. The result are complicated political machinations culminating in dynastic squabbles, mutilation, suicide and a king’s decent into madness.

“King Lear” is based on the legend of Leir, a king of ancient Briton who supposedly reined over part of the island in the 8th Century BCE.

The Royal National Theatre was founded in 1963 by acclaimed English actor and director Sir Laurence Olivier (1907-1989). The company (often simply called “National Theatre”) presents a varied program, from classic drama to new plays by contemporary playwrights. In 2009 a project called “National Theatre Live” debuted to broadcasts performances of their productions to cinemas and arts centers around the world via satellite. 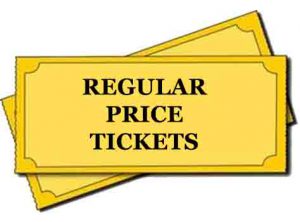