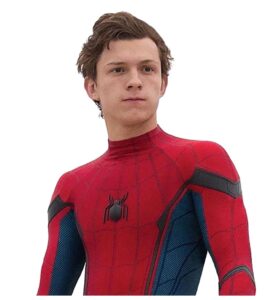 The comic book superhero Spider-Man is the alter-ego of a young man named Peter Parker who gains unusual powers after being accidentally bitten by a genetically-altered spider. The character was created by Stan Lee (1922-2018) and Steve Ditko (1927-2018) and first appeared in 1962.

After his true identity was revealed in a previous film (2019’s “Spider-Man: Far From Home”), Peter asks the brilliant Dr. Strange to make it a secret again. But the attempt goes wrong, bringing people from different dimensions into his reality. These include other Peter Parkers (through actors Tobey Maguire and Andrew Garfield, who played the role in earlier movies).